Lyn Gardner
10 January 2022  ·  Follow on Stagedoor
“New Young Vic associate company, Crying in the Wilderness, have had work seen at a number of venues including the Bush, the Arcola and the Blue Elephant. But it’s good to see the company’s delayed Young Vic debut in Paul Anthony Morris’ story about a man conducting a review of his life based on old diary entries and wondering about his achievements. Has society stopped him from accomplishing all he might? But does he bear responsibility too? Has he been sabotaging his own well-being? A journey to self-acceptance performed by Anthony Ofoegbu.”

This evocative new drama, written and directed by Paul Anthony Morris, dives headlong into a powerful exploration of one man’s trajectory of embracing then owning self-acceptance.

Anthony Ofoegbu (Barber Shop Chronicles) plays Fidel, who prompted by old diary entries, conducts a personal life review to identify his greatest challenges. Possessing an unusually high IQ and initially critiquing society, Fidel becomes alarmed by the prospect that he too, is responsible for undermining his own wellbeing. Perplexed by this conundrum, Fidel embarks on a reflective journey seeking answers to some of life’s most relatable questions: Who am I and why am I here?

Fidel is first generation Black British, born in the 1960s. Navigating the educational system of the 1980s and society’s expectations and pressures, he recollects a series of encounters with teachers, family, friends and psychiatrists. Fidel’s strengths and vulnerabilities are tested as he reclaims, piece by piece, his core identity and value.

Puzzling exploration of memory and madness

This is a really thought-provoking and well-considered piece

A committed and multi-dimensional performance from Anthony Ofoegbu

A misfiring portrait of a fractured mind 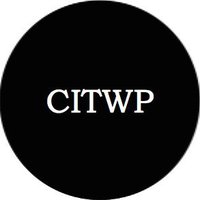