And for ensuring London’s theatreland never fell totally dark, even during the worst of the Blitz.

To many theatre-goers he was a legend, who restored physicality, personality and power to live theatre; to an equal and opposite number, however, he was an anachronism and a joke, a laughable, hammy relic of a bygone age. For half a century, Wolfit’s gainsayers have held the floor, largely unchallenged. Now, finally, the last of the great actor-managers can answer the charges his critics have long laid against him, all in characteristically vigorous Wolfit style.

Michael McManus began work on this play in 2007 with his great friend Nicholas Courtney (affectionately remembered by fans of the classic "Doctor Who" series as Brigadier Lethbridge-Stewart), who had begun his career on the London stage with a three-month stint in Wolfit’s company at the King's Theatre Hammersmith. Now it has been lovingly completed, as the three-hander "The Trial of Donald Wolfit".

It's funny, it's tragic, it's comical-tragical, it's tragical-comical, but above all it is a labour of love – nothing less than an extended love poem to live theatrical performance. 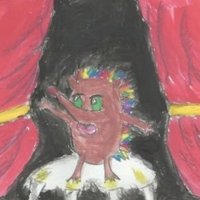