After meeting in 1922, Virginia Woolf and Vita Sackville-West began an intense relationship which lasted until Woolf’s suicide in 1941. Their relationship blossomed from tentative admiration into a secretive, furtive, long distance affair, eventually developing into a lasting friendship of the most profound intimacy.

Fascinated by how this illicit affair was conducted and the nuances it reveals in female relationships, Tanzlar Theatre will create a piece rooted in the lettered conversations between these two writers, two extraordinary women of the 20th century. An exploration of female relationships unbounded by the social tropes of mother-daughter-grandmother-wife, this is female intimacy entirely disconnected from the masculine gaze.

Applying elements of Virginia’s pioneering novel Orlando, which was written for Vita and centres on a gender swapping heroine. 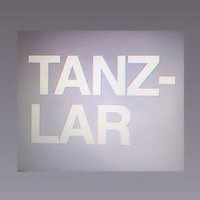