Sam, the head of IT startup "SupportMe" (current valuation, £8.74, if we include the half used box of tea-bags) has just initiated a nuclear missile countdown with his bottom. This is scary, but also embarassing. Utilising his team's experience of prank calling corporate helplines, Sam devises a plan to stop the launch. The plan does not go well, and unhelpfully, Sam passes out. He enters his subconscious, imagining himself as a showrunner who directs his staff to play roles in tv franchises.

Forgotten memories from Sam's childhood start to emerge, memories that were locked away for good reason. Increasingly, Sam's head becomes a battleground between himself and the rest of his team. Can Sam connect back to his lost memories and stop the impending apocalypse?

Following on from the success of GAME OVER ("poignant, glamorous, funny", North West End ****) and Dissociated ("jaw dropping", LondonTheatre1 ****), Skitzoid Productions are excited to bring their third original musical to Waterloo East Theatre. 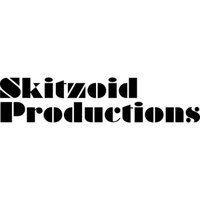