Best of the West End
2 December 2021  ·  Follow on Stagedoor
“Lin-Manuel Miranda's revolutionary hip hop musical smashed box office records on Broadway and has become a global theatrical sensation. Based on the life of Alexander Hamilton, an American Founding Father and frankly a bit of a badass.”

Lyn Gardner
15 September 2021  ·  Follow on Stagedoor
“Lin-Manuel Miranda’s improbable but glorious musical about America’s founding fathers. It’s a delight: witty, musically inventive and unexpectedly moving too, and I suspect that the show’s availability online over the lockdowns will only add to the demand. But there are plenty of tickets available from December onwards, so here’s your chance.”

Hamilton, a sung-and-rapped-through musical about the life of American Founding Father Alexander Hamilton with music, lyrics and a book by Lin-Manuel Miranda, has taken the West End's Victoria Palace Theatre by storm! Tickets for Hamilton in London’s West End are available for booking now!

Officially titled Hamilton: An American Musical, tickets are available now for this thrilling, award-winning hip-hop musical production telling the story of Alexander Hamilton. Founding Father, an orphan, born into poverty in the Caribbean who rose to power in the USA, all set against the American War of Independence. Featuring secret political deals, sex scandals and duels, this is one action-packed emotional rollercoaster. Hamilton: An American Musical has received rave reviews across the board, Time Out London says “Lin-Manuel Miranda’s visionary musical lives up to the hype” concluding “Hamilton’ is stupendously good” The Guardian describes it as “revolutionary musical a thrilling salute to America's immigrants”.

Hamilton is at the Victoria Palace Theatre, London.Based on the biography written by historian Ron Chernow, Hamilton: An American Musical is a sung-and-rapped-through musical by Lin-Manuel Miranda. Miranda describes Hamilton as about "America then, as told by America now” casting non-white actors as the Founding Fathers and historical figures to reveal the incredible rags to riches story behind the stateman who now features on a $10 bill. Born in the Caribbean Alexander Hamilton leaves the island of Nevis to seek his fortune with little else but his own oratorical skills. He quickly becomes George Washington’s right-hand man, falls in love twice, once with the wrong woman, and is present at key moments in the war of independence, falling in and out of favour with successive presidents in a whirlwind musical journey through American history.

Hamilton tickets are Up for Grabs Now!

Hamilton: An American Musical is history that grabs you by the throat. It's an adrenaline fuelled ride through the events that shaped the USA, brilliantly delivered through the musical genres that define the country. Get your Hamilton London tickets for the London theatre

Poignant return for this awe-inspiring skyscraper of a modern musical 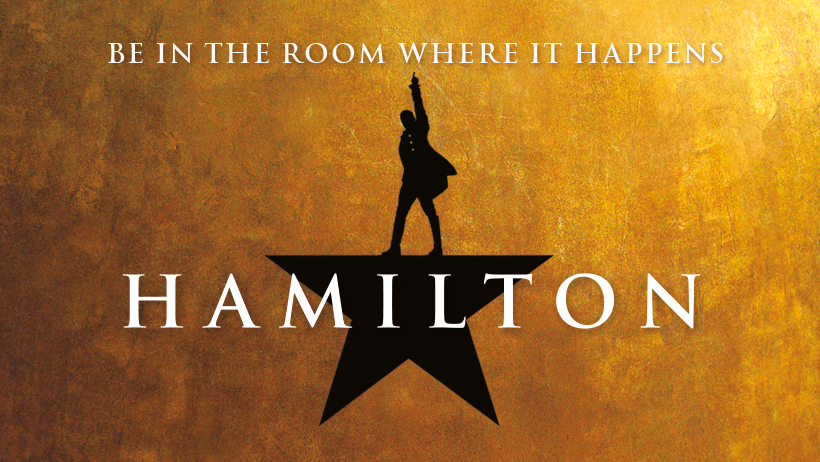