VAULT Festival 2020
13 January 2020  ·  Follow on Stagedoor
“Work' is a humorous and introspective journey through one mans low-wage employment history.”

Paul Cree is a: poet, storyteller, rapper and theatre maker. Orignally from Horley, Surrey and based in South London, he's been writing and performing regularly around the UK for over 11 years, at venues and events such as; Ronnie Scott’s, Tate Britain, Battersea Arts Centre, Roundhouse, Camden People’s Theatre, Lattitude, Bestival and the Edinburgh Fringe, as well as having his work showcased on BBC 1xtra and BBC London.

He has written and performed 2 solo shows; A Tale From The Bedsit (2013) and The C/D Borderline (2016) as well as co-writing and performing in the critically acclaimed No Milk For The Foxes (Beats&Elements, 2015). He has an EP of stories entitled The 90 Sick E.P, in collaboration with musician Elian Gray. In 2018, his debut collection of poems and stories, entitled The Suburban, was published with Burning Eye Books and in 2019, his second collobartive hip-hop-theatre show, with Beats&Elements, High Rise Estate of Mind opened at Battersea Arts centre before going on to run at Camden Poeple’s Theatre, GL4 Gloucester and Home Slough and will contine to tour into 2020. 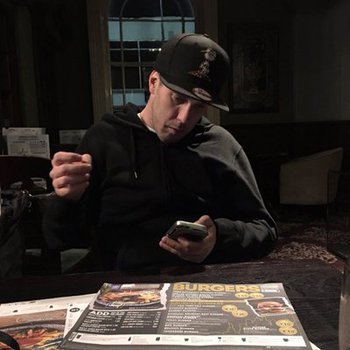