VAULT Festival 2020
3 December 2019  ·  Follow on Stagedoor
“Oscar Wilde takes on the Shadow Gals to set the record straight about his kids stories.”

The Shadow Gals are TRYING to tell some nice fairytales but Oscar Wilde keeps interrupting to set the record straight! WILD(E) TALES is for mature children and childish adults.

TALES FROM THE SHADOWS
Once upon a time, a group of women gathered in the shadows and began to tell each other stories...

Since then, The Shadow Gals haven't stopped storytelling.We create performances that combine the visual art of shadow puppetry with traditional oral storytelling.

We sew shadows into light, stitch sounds into silence, and weave words into stories.

CRYSTAL BOLLIX
Alexandra Christle (Crystal Bollix) - Alexandra is the creator of non binary drag artist Crystal Bollix and founder of the Haus of Bollix. She is currently premiering Definitely Maybe Actually Nevermind (Maiden Speech Festival 2019) and previously created The Bitch Ball (Maiden Speech Festival 2018). The Bitch Ball went on to tour London, Leceister, and the Edinburgh Fringe Festival. As a Mountview Academy of Theatre Arts Acting MA graduate she developed her thesis on drag performance into a professional drag career. Crystal Bollix is an alumni of the Soho Drag and Cabaret Lab and has also performed in venues such as Bethnal Green Working Men’s Club and The Spiegeltent Underbelly Southbank. 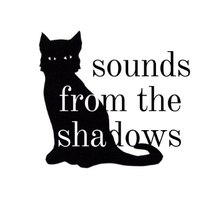