Lyn Gardner at VAULT Festival
26 November 2019  ·  Follow on Stagedoor
“Alice Boyd and Rosa Garland, who you may know from Poltergeist, collaborate on Two Super Hot Men - in which they play Alan and Ron, two men getting ever sweatier as the climate warms.”

VAULT Festival 2020
19 November 2019  ·  Follow on Stagedoor
“Two buffoons face the climate crisis, and the mouldy milk in their fridge.”

Alan and Ron are sweaty. Really sweaty. The heat is rising in their studio and the milk has gone off. Everything's changing - but life goes on, right?

Alan and Ron is a new comedy theatre duo made up of award-winning theatre makers Alice Boyd and Rosa Garland. They create playful devised work that engages with big questions. 'Two Super Super Hot Men' is their debut show as Alan and Ron - marking the start of a female-led venture aiming to be political, pant-wettingly hilarious, uplifting and accessible.

Rosa and Alice are part of Poltergeist, who won Underbelly and New Diorama Theatre’s Untapped Award 2019, and are creative associates at The North Wall Arts Centre, Oxford. Poltergeist was a New Diorama Theatre graduate emerging company 2018-19, and they have put on two Edinburgh Fringe sell-out shows (‘Lights Over Tesco Car Park’, 2018, and ‘Art Heist’, 2019). They were selected by The Guardian as one of the UK’s top five young theatre companies, and ‘Art Heist’ was recommended by Lyn Gardner in The Stage. 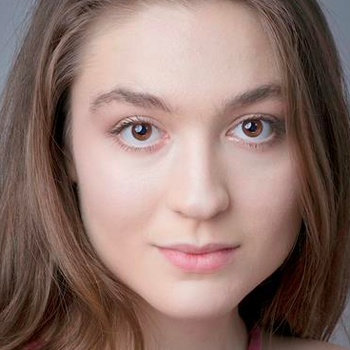