‘I was sold from the first breath.’ Something in Sam’s mind starts to speak. Powerful and physically dynamic - Project Lockout personifies the darkest corner of our mind.

In its artistic development, Project Lockout continually seeks to develop their methods of creating movement. Discovering their own language, the company seeks to reignite the artform of mime- slowly reintroducing the medium within their work under the banner of cinematic-mime. 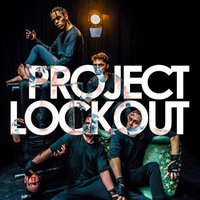