Tappuccino is an interactive, joyous musical that follows a tap-dancing coffee bean on her adventures! Befriending a barista and saving rainforests, she has big dreams and dares to be different.

Brunch Bunch is an exciting new theatre company producing children’s theatre and music in a joyful, creative and interactive way about important world issues. Founded and run by Rosie Dart, Rhys Rodrigues and Kimran Rana - who graduated from Durham University in July, Tappuccino is the company’s debut production and won the Palatinate ‘best production’ award in Durham before its run at the Edinburgh Fringe with Gilded Balloon this summer.

The production has received five star reviews and was selected as one of the Edinburgh Evening News’s top 10 family shows at the fringe. Brunch Bunch promises to deliver fresh, uplifting theatre that will leave a smile on your face! 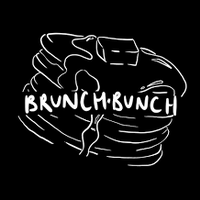