When friends die and pronouns change, what's left of memories that don't fit anymore? An autobiographical account of growing up queer, the mid-noughties and losing friends.

Teddy Lamb is a non-binary writer/performer based in East London. Teddy graduated from Dartington College of Arts before attending Soho Theatre Writers Lab and training on the LGBTQ Arts Review #RaisingOurVoices scheme for queer and trans writers. Similarly inspired by Carly Rae Jepson and Tennessee Williams, they tell stories that explore the intersections between popular culture and politics. Since U Been Gone is Teddy’s debut solo show and was previewed at the Gate Theatre, before premiering at the Edinburgh Festival Fringe 2019, Assembly Roxy.

Teddy is also a facilitator and runs True Colours at Pegasus Theatre - a weekly creative arts project for young people who identify or are allies of the LGBTQ+ community.

Ameena Hamid Productions Ltd. is run by Ameena Hamid. Ameena is an independent creative producer based in London. She produces work that brings people of colour, LGBTQ+, those who identify as disabled, women and genderqueer theatre-makers to the stage and is particularly passionate about increasing inclusivity and representation in theatre. 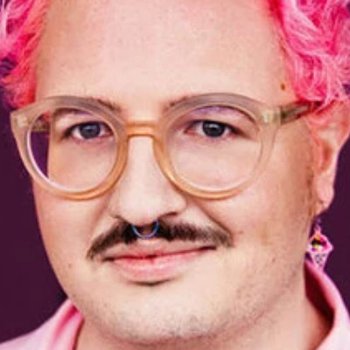