It’s 2119 and the nation of Mars is finally free. This is a time for new leaders: you. How will you shape your future? A new interactive theatre game.

Upstart Theatre use live performance to kick-start conversations about the world we live in. Founded in 2008 by critically-acclaimed director Tom Mansfield, their work is always made collaboratively, and is playful, political, interactive and fourth-wall breaking, often using technology such as live-streaming. Upstart always work in close collaboration with a wide and varied network of international artists and participants, with community co-creation fast becoming a staple method in the company’s repertoire.

Upstart Theatre began as a new writing company, producing and developing script-based work. Since 2016, Upstart have focussed on interactive, devised and multi-discipline work, and have built a reputation as specialists in this field. 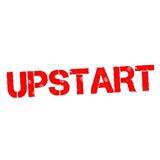