Lyn Gardner at VAULT Festival
11 November 2019  ·  Follow on Stagedoor
“I like the sound of Martha Watson-Allpress’ Patricia Gets Ready (For a Date with the Man Who Used to Hit Her), a story of domestic abuse which plays in week two and has already had a run at the White Bear.”

When Patricia bumps into her abusive ex on the street, no one is more surprised than her when she agrees to dinner with him that evening.

Patricia Gets Ready made its debut at the White Bear Theatre and was invited back for a second run due to popular demand. It is writer Martha Watson Allpress' first full length play, who is currently training on the BA Acting Course at Royal Central School of Speech and Drama. Her short pieces have been performed at venues such as The Bunker, Lyric Hammersmith and Upstairs at the Gatehouse. Her second full length show will debut at the Bread & Roses Theatre in April 2020.

*Discussions and descriptions of domestic violence, please consider before booking and take care of yourself. Also includes sexual references.

A show with incredibly promising talent behind it, which sometimes gets lost in the weighty topic it attempts to confront 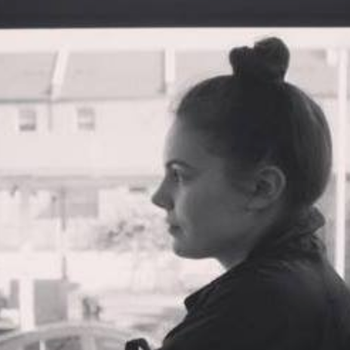