About eating disorders. But funny. And informative? Mainly funny. Take a look inside the brain of someone with an eating disorder and get to know Oddball on her own terms.

Forristal as writer-performer, and Clarke as Composer. Musical Comedy Awards 2019 Finalist Francesca Forristal ""uses humour as a feminist weapon"" (The Sunday Times) as a musical comedian, writer-performer, improviser and drag artist. This gal is a Bechdel Theatre #FeministFave 2018, and won the Phoenix's Improv Act of the Year Award 2018. She has appeared on the BBC radio, at the Edinburgh Fringe, The Underbelly Southbank, The Royal Festival Hall, and the Southwark Playhouse. As the writer and creator of Oddball, she has been nominated for an OffWestEnd Award, and her new musical was shortlisted for the Pleasance Theatre's 'Charlie Hartill Reserve Fund' Award.

Micha Mirto is a four time OFFIE nominated director, she directed Room Service which received an Offie commendation, Villian interrupted (Supervillians in counselling) which is a finalist for Best Short Run, Space Age Love Songs and of course Oddball. 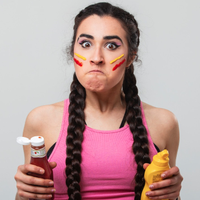