When the children of Bow-on-Tie start disappearing, Abigail embarks on a music-filled adventure to uncover the towns' secrets and prove that girls are made of more than sugar and spice

Bric à Brac is an international ensemble who tell stories in unexpected ways. We work collaboratively to create original devised performances. Made up of theatre-makers from across the UK, America, and Norway, we graduated from the École Internationale de Théâtre Jacques Lecoq in 2015. The company has a core ensemble of actors, directors, writers and musicians who have received acclaim for their
debut show, Ash, at the Southwark Playhouse, The Vaults Festival, the Space UK, and at the Paris and Edinburgh Fringes 2016. Our work has been supported by Arts Council England, The Space, ArtHouse Jersey, The Pleasance, and St. Margaret's
House. We were also selected as one of the New Diorama's Emerging Graduate companies in 2018/19.

Suitable for Under 12s 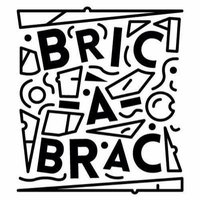