Lyn Gardner at VAULT Festival
21 November 2019  ·  Follow on Stagedoor
“Elf Lyon’s quirky shows are undefinable which is always a good thing. They break the boundaries that put theatre, comedy and performance art in distinct boxes. For this one, she collaborates with performer and sound effect artist David Houston to tell a story of female rage in which the Medusa myth meets the Chainsaw Massacre.”

Texas Chainsaw Massacre meets Medusa. You'll scream. Or be sick. Ideally both. A new show by Elf Lyons. Taxidermy. Family fighting. Female Rage. The usual. Not for the faint hearted.

DIRECTOR & WRITER / PERFORMER: ELF LYONS is an award winning comedian and theatre maker - known for making distinctive theatrical adventures on stage. She has been featured in VOGUE as one of the 'Top Names of Now' and can often be heard on BBC Radio. She has been nominated for the Edinburgh Comedy Award for Best Show, the Malcolm Hardee Award for Comic Originality, Fringe World's Best Comedy Show and in 2018 was awarded Pick of the Fringe at the Adelaide Fringe, Australia. She is a graduate of L'Ecole Philippe Gaulier and is horror nut.

PERFORMER & FOLEY ARTIST: DAVID HOUSTON is a performer, writer and immersive theatre practitioner. He frequently collaborates with renowned immersive theatre companies Funicular Productions and BuckBuck Games. David is a graduate of the Royal College of Art.

It's exciting, funny, disgusting, sad, and - most importantly - scary 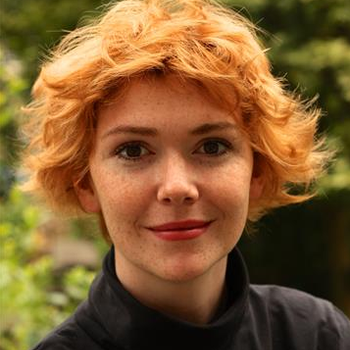