In a South London restaurant, Simone is preparing for the blood-moon. Jason folds napkins. Carys just wants to be left alone. A new play about hope, rage and gentrification.

Aisling Towl is a poet and playwright from South London. She has featured at poetry nights across London and the UK at venues including Lyric Hammersmith, Richmix, Freeword Centre and Brainchild Festival, and for organisations including Merky Books and Sofar Sounds. Her first play Godfrey was developed as part of The Monobox's Playstart initiative in 2018, and was long-listed for the Royal Court's Lynne Gagliano Award 2019. 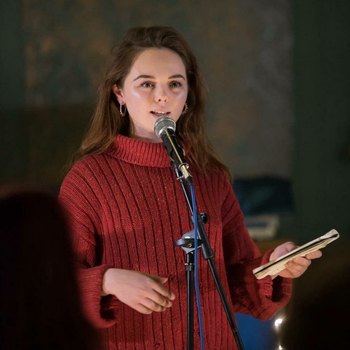