Ania is trying out some new material. She doesn't want to commit to any themes at the time of writing this blurb, but hopefully an overriding one will be jokes.

Ania is a comedian, actress and writer from London.
She ventured into comedy at the tender age of fifteen with a highly successful YouTube channel that attracted over 26,000 subscribers and currently boasts over one million views. Ania was a member Cambridge Footlights throughout her time at university. Her first show in 2017 ‘Dream Sequence’ enjoyed a complete sell out run at The Pleasance Ace Dome and further success with a US tour immediately afterwards in the September of that year. Since then she has appeared in many Footlights shows across the UK. She also acted in web series ‘Magpies With Mirrors’ which received 5 star reviews. 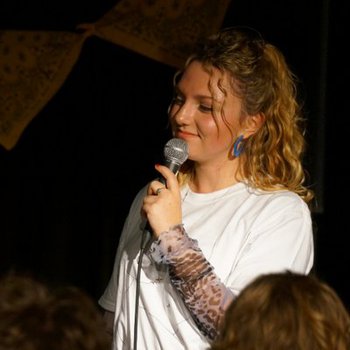