Incognito Theatre Company was formed in 2014 under the guidance of Pleasance Theatre Trust. Their mission is to stage socially conscious work in a physical way that makes the work accessible to all. Incognito's style combines the textual language of the piece with the physical language of the actors that enhances the story. The company was founded by Angus Castle-Doughty, George John, Dan Whitlam, Alex Maxwell and Charlie MacVicar and welcomed Hannah Wisher as executive producer in 2016. 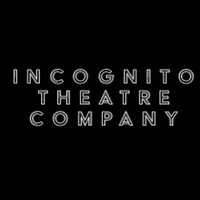