The Queens of SIX have moved into their brand new permanent palace at the Vaudeville Theatre, extending their reign in London’s West End.

Hailed as ‘the most uplifting piece of new British musical theatre’ (Evening Standard), SIX is the phenomenon everyone is losing their head over!

Critically acclaimed across the UK with a sound-track storming up the UK pop charts, the sell-out intoxicating Tudor take-off is here to stay.

From Tudor Queens to Pop Princesses, the six wives of Henry VIII take to the mic to tell their tales, remixing 500 years of historical heartbreak into a 80-minute celebration of 21st century girl power. These Queens may have green sleeves but their lipstick is rebellious red.

Book now and Get Down to the histo-remixed pop-concert musical by Toby Marlow and Lucy Moss at the Queens' forever home, the Vaudeville Theatre!

Six the Musical takes the familiar story of England's notorious King, Henry VIII and his unfortunate six wives and turns it into a genre-busting musical. If you remember the rhyme ‘Divorced, beheaded, died, divorced, beheaded, survived’ from your history lessons, you’ll know that Henry's wives had plenty to complain about. Writers Toby Marlow and Lucy Moss take up the challenge and have written a spectacular musical that’s also a pop concert, with each of the six famous queens-turned-pop-princesses competing to sing their hearts out about how Henry did them wrong and who had it hardest.

‘The ladies are making it reign’ –The Guardian, the Daily Mail says ‘Tudor girl power making audiences lose their heads’ summing it up as ‘Part pop concert, part beauty pageant, it's a mock-Tudor Love Island, fusing The Spice Girls with Horrible Histories’.

It’s a riotous, feisty celebration of girl power with Six the Musical. Book your Six ticket and head over to London’s Vaudeville Theatre on the Strand for a powerful evening full of charm, with a musical whose songs are so good they’ve become a successful gold studio album. Writers Marlow and Moss took Six the Musical with its Tudor divas to the Edinburgh Festival Fringe in 2017. It instantly proved a big hit and has since gone on to professional productions not only in the West End, but on Broadway and internationally. Nominated for five Olivier awards in 2019 this is one production that stands the test of time.

Six the Musical was written by Toby Marlow and Lucy Moss, and is also directed by Moss along with Jamie Armitage. The dazzling choreography is by Carrie-Anne Ingrouille and the Set Designer is Emma Bailey. Gabriella Slade designed the costumes and Paul Gatehouse is Sound Designer. Lighting Designer is Tim Deiling and all orchestration is Tim Curran, with musical supervisor Joe Beighton.

Six the Musical tickets are Up for Grabs Now!

You’ll want to get your hands on your Six the Musical ticket right now. Never has five hundred odd years of historical hurt ever sounded so good. Dance along to the Tudor Queen’s tales of their infamous ex, but be careful – don’t lose your head!

There’s no way you should miss the queens

Joyous production that audiences of all ages can enjoy

The “extra” tone and cheekiness is highly entertaining

It's rowdy, it's raucous and a whole lot of headlessonistic, decaptivating fun

Long may these witty queens reign over the West End

Dynamism that matches the best the West End has to offer. Six is a marvellous show. A royal treat. 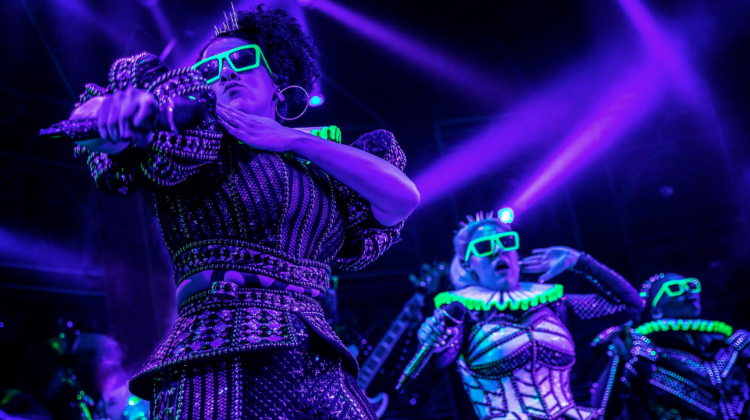