But this isn’t your usual fairy tale, and princess Winnifred isn’t your usual fairy-tale princess. The Kingdom in which she seeks her prince seethes with a very adult problem, which won’t end until a very stubborn Queen Aggravain allows her son to marry Alas, he is his mother’s prince, and is any princess really good enough?

The 1959 classic Tony-nominated hit from Mary Rodgers–daughter legendary composer Richard Rodgers–returns to London for the first time in many moons!

The piece shows its age, and Giesser unfortunately doesn't do anything to aid the reception of a 2020 audience

Director Mark Giesser has done a fine job with his production 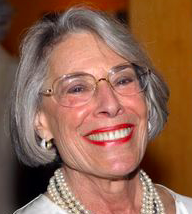