Lyn Gardner
5 March 2020  ·  Follow on Stagedoor
“Irish writer Sebastian Barry wrote the wonderful Steward of Christendom for the theatre and he is a beguiling storyteller as he proved in the novel, The Secret Scripture. Here he joins forces with fine Irish company Fishamble and director Jim Culleton for a two hander about two prisoners, a priest and a builder linked in an unexpected way. The sublime actors David Ganley and Niall Buggy are men who in reminiscing about the past and the sunlit slopes of childhood may be seeking redemption from their present darkness. The play takes its title from the Fats Domino song, and has already been admired in Ireland and New York.”

Best of the West End
25 February 2020  ·  Follow on Stagedoor
“The New York Times described this play as "steeped in a luminous wonder that makes you want to weep for what you take for granted in your daily existence." Two prisoners reflect on life before incarceration in this piece by Irish novelist Sebastian Barry. If you're in the mood for something pensive and moving this is an excellent choice.”

Sebastian Barry is one of Ireland’s greatest living writers and the current Laureate of Irish Fiction. His novels and plays have won, and been nominated for, the MAN Booker Prize and the Irish Book Awards among many others. His novels include the international best sellers Days Without End and A Long Long Way.

In Barry’s beautiful style, On Blueberry Hill features best of friends and worst of enemies Christy (Niall Buggy) and PJ (David Ganly), who are destined to share their lives for twenty years. As the two men reflect on the hope and torment of life outside – they slowly uncover the events that have led them to their world with explosive, bittersweet consequences.

Directed by Fishamble’s Jim Culleton, this new play is bursting with humanity as it explores forgiveness, survival, and ultimately, love.

Run to catch this warm, funny, poetic and beautiful play

A tender, evocative portrait of a seemingly improbable prison friendship

Gripping, emotional and well worth a watch

Gripping and heart-filling two-hander about forgiveness, loss and love 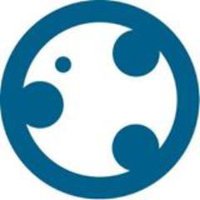