If Shakespeare were living and writing today, who would he be? Tom Stoppard? Keith Richards? Russell Brand? A genius, an outsider, or just ‘Bill’?
The Bard is very much alive and kicking, Hamlet's opened (to ‘mixed’ reviews!), and Will’s in the hot seat. Finally, we get to ask the questions that have kept us all guessing: Are these plays really his? Why's he turned to tragedies? What happened with Anne?

To Be or Not To Be…? The answer’s not on Google!
London Premiere after hit run Down Under!
'Fantastic!' James Valentine, ABC Sydney 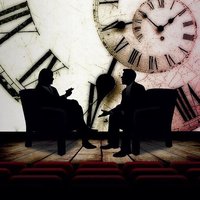