What do Boris's roadmap delays mean for theatre? 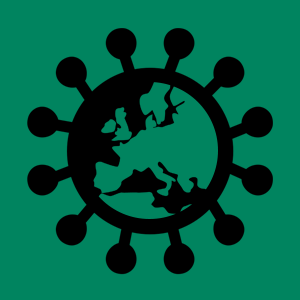 June 21st was meant to be 'Freedom Day', when social distancing restrictions were whipped away in a whirlwind of clubbing and sweatily hugging strangers... but yesterday, Boris Johnson confirmed what a lot of people already suspected, announcing that we're staying in Stage 3 for another four weeks.

That means theatres can't reopen at full capacity until 19th July at the earliest. It's not the news anyone wanted, but it's not all doom and gloom for theatre fans either. Here's what you've got to know:

📍 Can I still go to the theatre right now?

Of course! A lot of wise producers have planned for social distancing to be in place right into the summer, so there are dozens and dozens of shows to choose from: like Constellations, the hit astrological love story, or award-winning new play Shedding a Skin at Soho Theatre, or Romeo & Juliet at Regent's Park Open Air Theatre.

📍 But some shows are postponed, right?

A small handful of West End productions were planning to open at full capacity after 21st June: Heathers, Be More Chill, Cinderella, and Pretty Woman. As we speak, they're no doubt scrambling to change their plans, whether that means postponing, or rejigging their seating plans to open with reduced capacity.

📍 Is Andrew Lloyd Webber in jail yet?

If you missed it, ALW threatened to open Cinderella at full capacity on 25th June... or go to prison trying. Alas, we'll be deprived of a Paddington 2 style musical-behind-bars from the big man himself. Boris Johnson seems to be in the process of creating a special exemption for Cinderella, by claiming it's a 'pilot event'. Still, that seems pretty redundant given that we've had large numbers of pilot events already. Not to mention pretty unfair on other theatre producers, who'll no doubt be wailing like Cinders' sisters if ALW does get to go to the ball.

📍 Will there be more support for commercial theatre?

A long-rumoured government-backed insurance scheme seems to be on the way, which would protect theatre producers from the impact of roadmap delays like this one. Let's hope it arrives soon, because producer Sonia Friedman wrote a recent article arguing that "Without it, there are insurmountable barriers to the sector surviving."

📍 Is it safe to go to the theatre right now?

Everyone has to decide the level of risk they're comfortable with. But a recent University College London study used laser technology to determine that theatres are safe places to be. After all, they've gone to massive lengths to keep audiences safe: seats are spaced out, entry times are staggered, face coverings are worn, Hampstead Theatre even has a hi-tech ventilation system that fully changes the air in the auditorium every four minutes.

📍 What's going to happen next?

Theatre producer Nica Burns is encouraged by the government's new focus on vaccinations, not case numbers, in determining when the rules get relaxed: "They are saying all the adult population will be jabbed once by July 19, and all over-50s double-jabbed, and we will have to live with it... I feel it’s more certain that we can open on July 19 with full capacity.” So it's all eyes on the vaccination rollout, which is now reaching people in their 20s.

This stop/start/stop/start progress on beating Covid-19 is no fun. Still, in some ways, theatre's in the best position it's been in for nearly 18 months. Hundreds of shows of every kind are opening in pub theatres, courtyard gardens, and West End venues alike, and all they need your support as we make our way out of the darkness, into the light.