One month. Four Nights. Four Edinburgh comedy previews from top-drawer London talent, plus variety support from special guests. Hosted by ragged-trousered impresario Tom Crowley, this month The Night is transforming into something bigger, better and stranger with the help of Molly Beth Morossa, Andy Goddard and LadyFace, also known as The Night Players.

The Night is a heady blend of comedy, poetry, storytelling, theatre and music. With brand new material from the hosts at every performance and the acts performing whatever they want, whether it's their best ten minutes or a mad one-of- a-kind experiment, each Night is unpredictable, irreplicable and unmissable.

FULL EDINBURGH PREVIEW - ANDREW HUNTER MURRAY: Round One
Andrew Hunter Murray, star of Fringe smash hit Austentatious (★★★★★ The Times) and award-winning QI podcast No Such Thing as a Fish, presents his debut solo hour, a sizzling slab of character comedy and high-stakes idiocy. Comes complete with outlandish wordplay and an extremely exciting Music Round. Bring the spirit of adventure, a thrilling sense of the possibilities of life, and a biro. “Exquisitely punchy” (The Times).

Where do all the beautiful smarties go? To Tom Crowley's The Night gig, it seems. 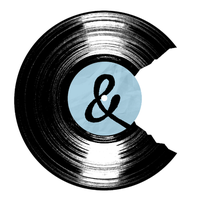