Improv comedy from one of the UK’s leading groups, DNAYS, inspired by Ted-style talks from experts, enthusiasts and inspiring speakers. Neither the audience nor performers have seen the talks before, making for a unique evening of discovery and laughter.

Guest Speakers this time round: 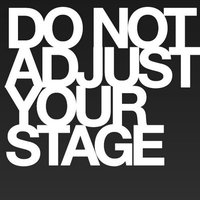 Do Not Adjust Your Stage
1.1K followers
‐ ‐
No user reviews
Be the first to review it