Kathryn is here to talk to us about death. Because it isn’t spoken about enough. Because the world hides it and cushions it so you don’t get upset. But then it does happen, and it will happen, and not knowing hurts more than anything.

She’s going to talk about a nuclear family. Mother father daughter son. Cascading in age male female male female. Cute, innocent. The type you’d sit and watch and think of as a bouncy castle on a damp field. Their little, settled world.

She’s going to talk about how their world fell apart, and how it was simultaneously rebuilt. How they supported each other, how devastated they were, and yet how normal it was. How weirdly, weirdly normal it was.

Symbiont is a semi-autobiographical horror stand-up one-woman-show. It’s the deep chat with your friend when they’re going through things. It’s the details you might or might not want to know, in a safe environment.

It is fun, it’s a bit scary, there’s a bit of chaotic dancing that’s more cathartic than anything. You don’t have to dance if you don’t want. 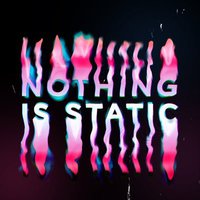