A glimpse inside the darkness and the light of one of the world's most infamous serial-killers. Clashing together true crime, brutal horror, unexpected comedy and startling beauty, ‘Pufferfish cuts you open’. (De Groene Amsterdammer, Holland's oldest literary magazine).

It's about a sister waiting for her brother to come home.

About a brother who wants to be wanted.
And a stranger who might not be so strange after all.

Pufferfish comes to the VAULT Festival following a sell-out run at Internationaal Theater Amsterdam as part of the National Dutch Theatre Festival as one of the best plays of 2017/2018. 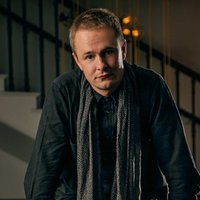