Best of VAULT
23 January 2019  ·  Follow on Stagedoor
“Holly Beasley-Garrigan explores images of working class women and asks some knotty questions about how the actions of one generation affect the next, the pathology of nostalgia, East London gentrification and whether when you change the packaging the thing inside remains the same. A bit lacking in form but fresh and engaging.”

"Hands up who's bored of white people making sentimental autobiographical solo shows that use direct address, spoken-word, and gritty clichéd accounts of other people's struggles for the entertainment of the middle classes. The well-established default.
... Whoops."

Fresh off the back of a sell-out scratch at Camden People's Theatre, OPAL FRUITS is an unreliable solo show about the fetishisation of the feral female - about working-class women and the trouble with 90's nostalgia - spliced with stories from four generations of women who came of age on the same council estate in South London.

OPAL FRUITS is Holly Beasley-Garrigan's debut solo show. It's a tongue-in-cheek questioning of the broader implications of faux-working-class cultural trends and a re-claiming and re-casting of the self-congratulatory, spoken-word solo show. The show explores what it means to be making performance as a working-class artist today... to have a stake in two worlds but to feel as though you don't really fit into either.

“In 1998 a much loved British sweet changed its name to – we don’t say that name here. It was all downhill.”

The show isn’t shattering, but it demonstrates an ability to play with humour and injustice, and calls for wider representation on our stages 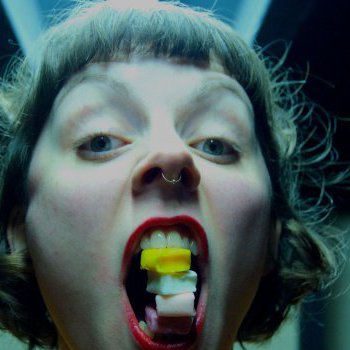