Best of VAULT
4 February 2019  ·  Follow on Stagedoor
“Social pressures and curiosity collide in this drama by Conor Hunt. Set amongst the dark days of the Oldham 2001 riots.”

Surrounded by Carlsberg cans, two friends are falling in love.

It was an argument between two teenagers, living just streets apart, which sparked the darkest days in Oldham’s history.

Michael and Hammad are not those teenagers.

It’s April 2001, and racial tensions are palpable. Surrounded by a confetti of Carlsberg cans, two young friends are involuntarily falling in love.

Social pressures and curiosity collide in this comedy drama by Conor Hunt. A story about race, love and riots.

Two delicate performances in a somewhat derivative play about gay friendship, set during the 2001 Oldham Riots 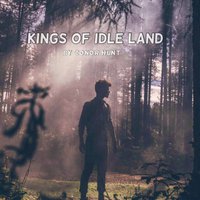