Best of VAULT
23 January 2019  ·  Follow on Stagedoor
“A hit at the Dublin Fringe, Liz Fitzgibbon’s one-woman show was co-produced by the excellent Fishamble and praised for its examination of a woman who was a champion kick boxer aged 15 but who, at 30, has other demons to battle.”

What do you do when life no longer parties with you but instead looms large with the big questions? What can you do? You can batter it into submission until – kicking and screaming – it stops asking what you have to show for yourself. From the mind of a former kick boxing champion and developed with Mikel Murfi comes an explosive, physical, gut-busting – utterly fabricated – story like no other. Taking life’s big questions and leaving them reeling.

Kicking All The Boxes, is the story of Naoise Murphy, a one time champion kickboxer. We meet Naoise at 15, and flash forward to her 30th birthday as we are taken along 3 potential paths of the person she may become. Reminiscent of a theatrical “Sliding Doors,” Kicking All The Boxes examines our decisions and the impact they have on the journey a life can take. It holds a mirror up to a whole generation of 20 and 30 something women and asks what do you have to show for yourself?

Developed with world renowned performer and theatre maker Mikel Murfi, the show is an explosive, physical, gut-busting (and utterly fabricated!) story like no other.

With a uniquely demanding and brutal physical style, this piece fuses the hard-hitting strikes of kickboxing with the hard-hitting music of Jinx Lennon, charting the journey of three versions of the same young woman as she fights to find her way – and herself – in the 21st century. 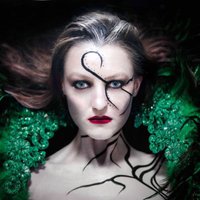