Exhilarating punk and pro-choice story of one woman's personal revolution

Jess is turning 30 when she presses pause on the conventional life she's been living and joins a post-punk band.

Sure, some might argue that punk is dead, others could say she should really stick to the day job, but the resounding concern is: shouldn’t she be settling down by now?

From behind her drum kit, warming up for her very first gig, Jess lurches defiantly into an unknown future.

The play is a moving but hilarious late coming-of-age story, of a woman suddenly questioning the social expectations of her prescribed gender, all whilst throwing herself defiantly into the noise and politics of post-punk, joining a band and playing an instrument for the first time.

Many people can relate to Hear Me Howl: though the play reads like a contemporary “chick lit” novel, that’s exactly what makes it so accessible to the modern woman

Exhilarating and refreshing monologue on conflicted attitudes to motherhood 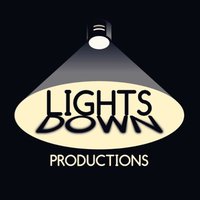