Poetry pioneers Bang Said The Gun continue their rise as the Best Poetry Night in the UK (voted by the Times) performing at the Vault Festival 2019, having taken their trademark raucous stand-up poetry to the venue last year. The spoken word impresarios will showcase their latest verse on 15th March with a special guest.

Started as an antidote to dreary poetry and even drearier poetry nights, co-founders Dan Cockrill and Martin Galton established the spoken word club in a pub in Soho before it transferred to Borough. Since January 2016, the raw, fast-moving and highly-energised night has continued its rise with a completely sold out monthly residency at the Bloomsbury Theatre, various one-off shows including an Underbelly Festival performance and a UK tour. The collective feature a rich mix of new talent and some of the most established names in poetry, with special guests including Roger McGough CBE (BBC Radio 4’s Poetry Please presenter), Kate Tempest (Ted Hughes award winner), Tim Key (star of The Alan Partridge Movie),Sir Andrew Motion (ex Poet Laureate),and Hollie McNish (Ted Hughes Winner 2017). Mention TOUR triumphant UK tour 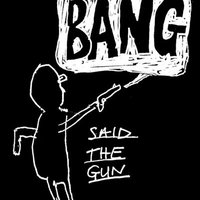