Lyn Gardner
17 January 2022  ·  Follow on Stagedoor
“You’ll probably remember Jean-Daniel Brousse from the brilliant Edinburgh acrobatic hit, Knot, which he made with Nikki Rummer, and also from Superfan’s award-winning Nosedive in The Pit. Here he returns to his childhood in rural France where he was born into a family that for four generations had been bakers. Brousse was expected to join the family business but instead he ran away to join the circus. But now he joins forces with director Ursula Martinez to create a solo show in which he bakes bread on stage as he charts what it was like to grow up queer in provincial France.”

Don't miss the first solo show from Jean-Daniel Broussé, well known internationally as one half of the hugely successful Nikki & JD acro duo.

JD was born to inherit the French bakery run by four generations of his family. Instead, he studied history and literature, then ‘ran away to join the circus’, training at London’s National Centre for Circus Arts. He has performed with top UK contemporary circus groups including Barely Methodical Troupe and Ellie Dubois’ Superfan, and with Nikki Rummer in the multi award-winning Knot.

In his first solo show JD travels acrobatically through a universe of bread-making, physical heroics and growing up queer in strait-laced provincial France. His collaborator and director is Ursula Martinez, the writer and performer of whom The Daily Telegraph predicted ‘in a few years’ time will be formally adopted as a national treasure’. 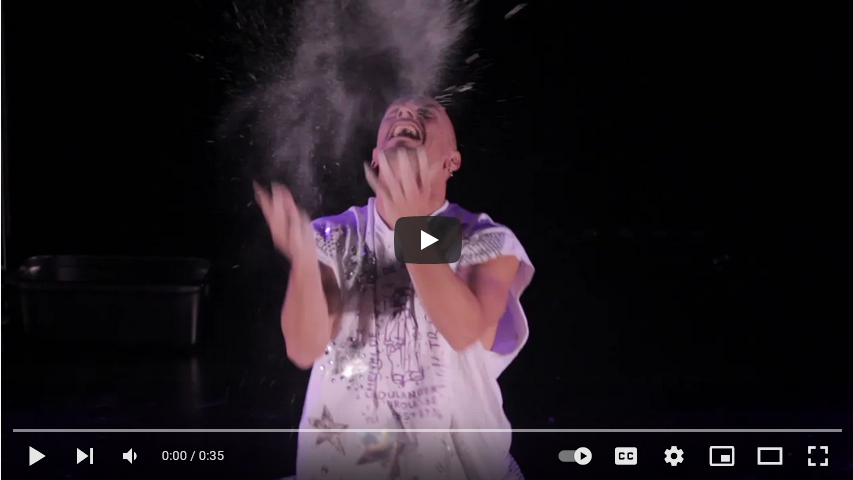