As the world unknowingly sits on the brink of the Second World War, boy meets girl at a summer camp exclusively for American youth of German descent.

Immersed in the seemingly idyllic world of summer pastimes, the two teenagers embark upon a first relationship, each searching for identity and acceptance. But soon, they become dangerously consumed by the camp’s real aim: the preaching of Nazi ideology that will ultimately threaten to destroy them, and set the worldwide stage for global atrocity, devastation and genocide.

An insightful piece about the frightening appeal of fascism

Patsy Ferran and Luke Thallon make this worth seeing 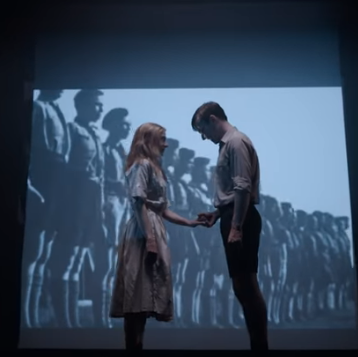