Two naked men face each other across an empty space. They are armed, but only with words - the words of Gustave Flaubert's re-spinning of 'The Legend of St Julian'.

The signal is given, the contest begins. As the combatants clash in a series of increasingly frenetic encounters, the narrative of Flaubert's tale of medieval murder unfolds and builds towards its mystical conclusion. 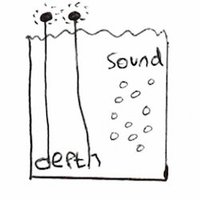