Following on from the Southbank Sky Arts Award-winning program of 2017 and 2018’s 5-star review performances, this year the programme includes the world premiere of A SPACE BETWEEN, which draws from the latest creation for his company, Silent Lines, using a unique mix of movement, animated projection by video artist Panagiotis Tomaras, lighting design by Maliphant with Tomaras, and set within a sound world created by Dana Fouras. The evening also includes a revival of 2018’s highlight Duet and the premier of two new films, all of which will be performed by Maliphant and Fouras.

Maliphant's work is characterised by a particular approach to flow and energy and an ongoing exploration of the relationship between movement, light and music. The Coronet Theatre, with its unique and intimate environment, frames the work in a way rarely seen in conventional theatres today. 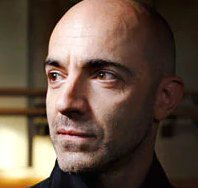