This 2006 Broadway adaptation of Spring Awakening is a rock musical with music by Duncan Sheik and a book and lyrics by Steven Sater. Set in late-19th-century Germany, the musical tells the story of teenagers discovering the inner and outer tumult of teenage sexuality. The music features a folk-infused rock score.

Following its conception in the late 1990s and various workshops, concerts, rewrites and its Off-Broadway debut, the original Broadway production of Spring Awakening opened at the Eugene O'Neill Theatre on December 10, 2006. The original Broadway production won eight Tony Awards, including Tonys for Best Musical, Direction, Book, Score and Featured Actor. The production also garnered four Drama Desk Awards, while its original cast album received a Grammy Award. In addition, the show was revived in 2015 on Broadway and garnered three Tony Award nominations, among other honors.

The success of the Broadway production has spawned several other productions worldwide, including various US productions, a short West End production that won four Laurence Olivier Awards including Best New Musical, and a series of international productions. 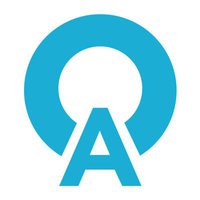