An intriguing exploration of the connections between the turmoil caused by the events of this romantic tragicomedy and the evolution of social media. Frequent ‘noting’ of social media and technology is the root of some troubles that people experience in their relationships today, and is reflected in the obstacles between the characters in this play. During the English Renaissance, ‘noting’ (meaning rumour or overhearing) sounded very similar to ‘nothing’, used in the title of the play. It’s through noting that Benedick and Beatrice are tricked into professing their love for each other and by founding his belief on nothing, Claudio is tricked into refusing to marry Hero. This word play has inspired the unusual title for this production, Much Ado About Not(h)ing, the use of the parenthesis indicating that the ‘h’ in the word ‘nothing’ can be retained or deleted: noting or nothing.

Digital projection, movement and dance, as well as original music, written by Alex Loveless and Scott Howland, with lyrics sourced from Shakespeare’s text, combine to create a production that explores what 21st century society takes most note of: the people and events in the ‘mortal world’ or the ‘digital world’ that people access through their computer screens or mobile phones. Mobile devices are an integral element of the performance, inviting audience members to choose between viewing the performance presented by the actors onstage or the digital performance that they can access through Facebook on their mobile phones (or a little of both), thus actively immersing the audience in the dilemma this production endeavours to explore. 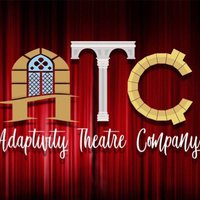