The Riot Ensemble and the multi-talented composer/vocalist Laura Bowler join forces to create "GOLD", an original, vibrant and highly political piece of multimedia music theatre which has its world premiere performances at CLF Art Cafe, Peckham.

Using a timeless tale as inspiration, "GOLD" deconstructs the Rumpelstiltskin story, testing the limits of abstraction to encourage deeper engagement with the philosophical & socio-political themes of the work: who does or should hold legitimate or illegitimate power? How do those with power manipulate the vulnerable?

Multiple characters played by three vocalists (including the composer herself), an instrumental chorus performed by The Riot Ensemble, and projections form a collage of colliding ideas, languages, perspectives and meanings.

Alongside scenes from "GOLD", The Riot Ensemble perform two new commissions resulting from its 2019 Call for Scores, which attracted 332 submissions from 45 countries. "Mati" is a reflection on the Evil-Eye superstitions of many European and Middle Eastern cultures, while "Clonewheel(s)” explores pitch and modulation with a simulated Hammond organ.

Finally, "Sottilissime" allows the audience to get up close with the players, who delicately evolve a transparent substance into something present, yet still fragile.

These performances are the culmination of the ensemble’s first ever R&D residency at CLF Art Cafe. 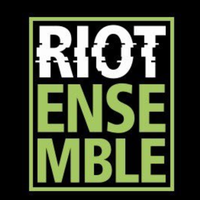