Where we will hold a poetry night, debut two pieces of new writing, present a scratch night and host a series of workshops where we pay participants to attend to cover loss of earning.

At the moment, theatre has an unconscious bias which we want to overcome by creating opportunities for those from underrepresented groups to have their work seen and performed.

This week long festival will be an inclusive environment welcome to all with all performances relaxed and captioned. We believe in accessibility, so here’s what THE UPSETTERS do try to do to make our events more accessible to artists and audiences: 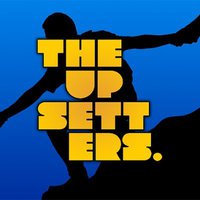