Stars on stage in London theatres

Stars on stage in London theatres

The top celebrities on London's theatre stages in 2023

Celebrity casting can be controversial: shouldn't London’s plays and musicals be able to find audiences without dazzling them with mega-watt stars? However, since the pandemic, the debate feels a little less heated. As commercial producers work hard to get West End audiences back to their former levels, a starry boost is highly welcome: offering a way to help theatres bring new punters through their doors. Here are some of the biggest names treading the boards this year: 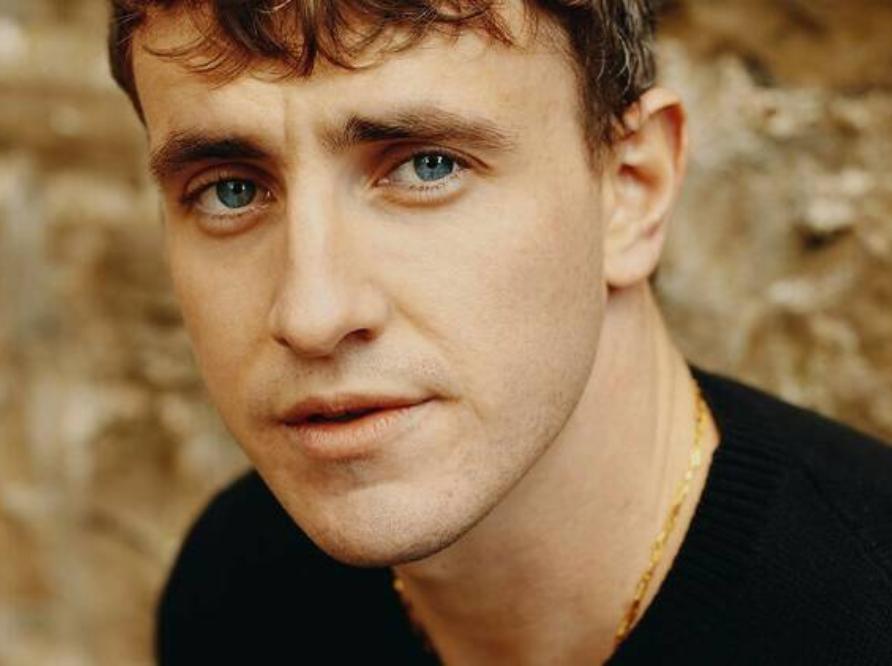 Many a celebrity has turned his hand to the role of Stanley in Streetcar and now it's BAFTA-winning actor Paul Mescal’s turn at the Almeida. Mescal is known for his multi-award-winning role as the stoic Connell in the hit TV series Normal People — but he’s not the only screen star in the play. He’s joined by We Are Lady Parts actress Anjana Vasan as Stella, while Blanche is played by Patsy Ferran (known to TV audiences as Mercy in Jamestown). 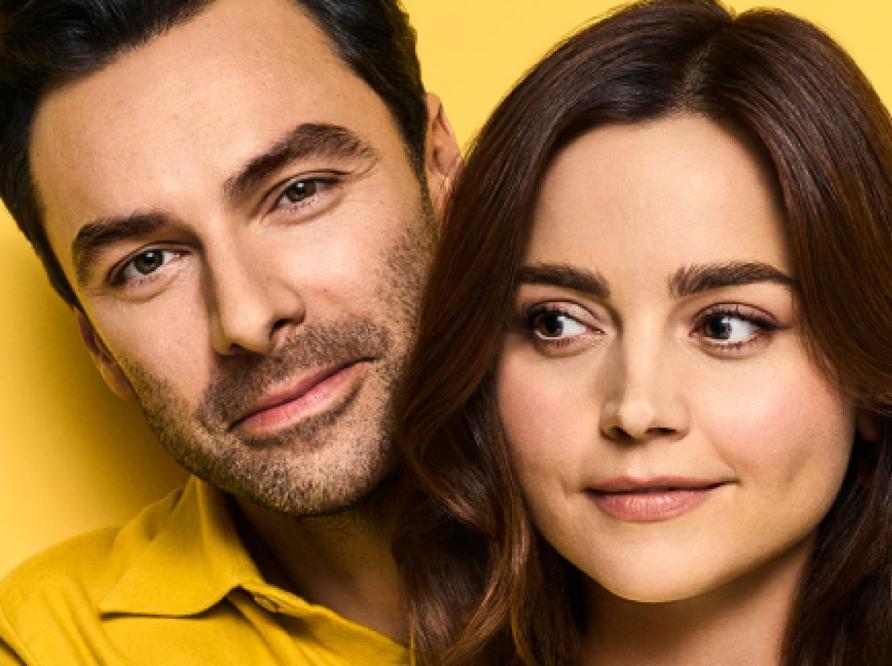 Both Jenna Coleman and Aiden Turner have become household names for their performances in UK TV hits like Doctor Who, Poldark, and The Serpent. Now the pair are taking on the lead roles in the catchily named romcom Lemons, Lemons, Lemons, Lemons, Lemons at the Harold Pinter. Lemons follows Oliver and Bernadette as they tackle the challenge of living in a society whose members are restricted to a 140-word speech limit every day.

Felicity Kendal, Matthew Kelly, and Tracy-Ann Oberman in Noises Off 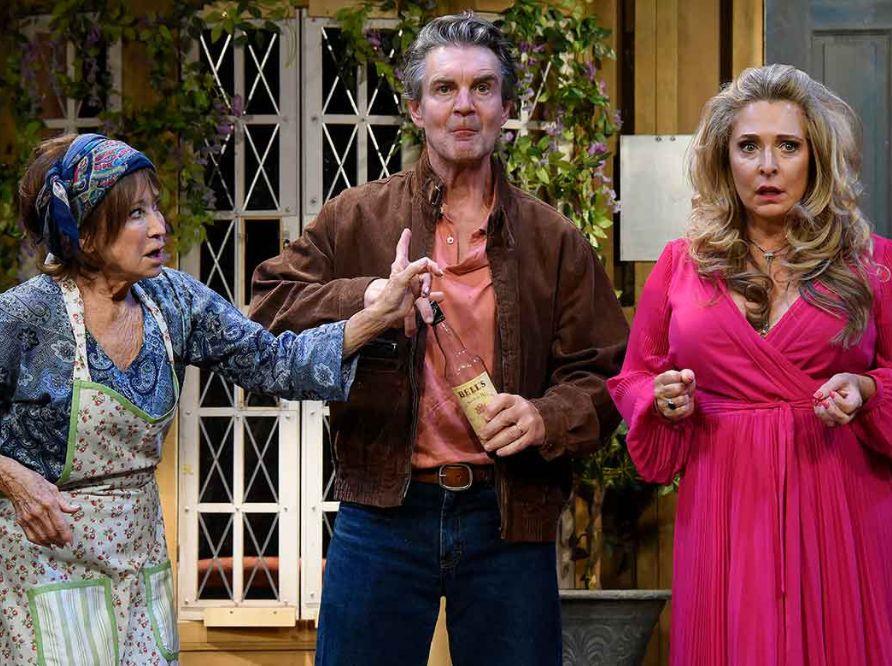 Michael Frayn’s farcical comedy has been produced all over the West End, from the Lyric to the Savoy Theatre. This year, it alights at the Phoenix (following a UK tour) and stars The Good Life national treasure Felicity Kendal in the lead role of Dotty Otley. Kendal is joined by EastEnders and Friday Night Dinner actress Tracy-Ann Oberman, Downton Abbey’s Jonathan Coy, and famed presenter-turned-actor Matthew Kelly, who won the 2012 Olivier Award for Best Actor for his role as Lennie in Of Mice and Men. 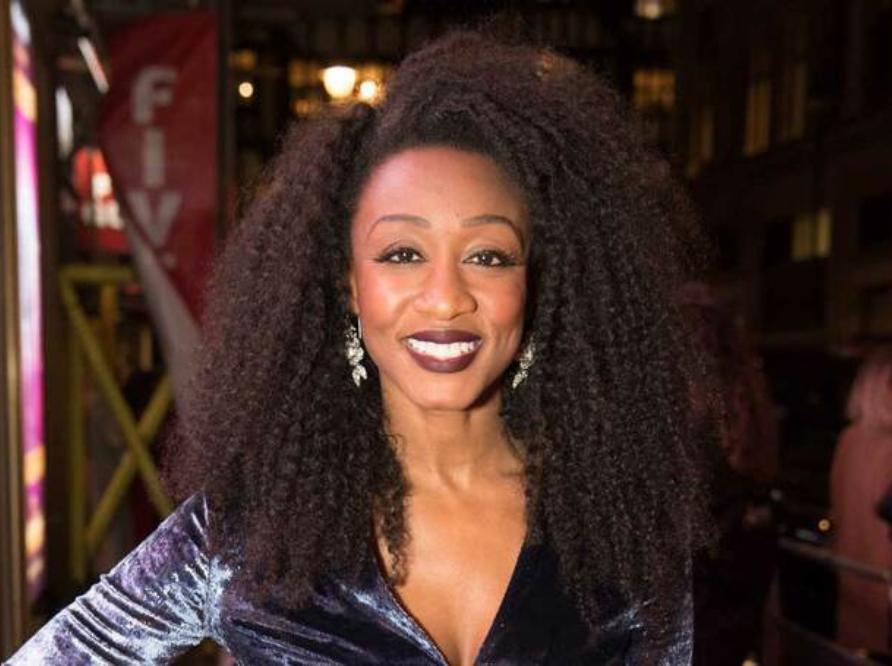 Known for her hit singles “Shoulda Woulda Coulda” and “Come As You Are”, recording artist and double Olivier Award-winning musical star Beverley Knight MBE returns to the West End for the world-premiere of the hip-hop musical Sylvia at The Old Vic. Knight plays Emmeline Pankhurst, mother of Sylvia, in this musical reimagining of the suffragettes’ story — choreographed by Kate Prince of Sadler’s Wells resident company, ZooNation.

Amanda Abbington and Reece Shearsmith in The Unfriend 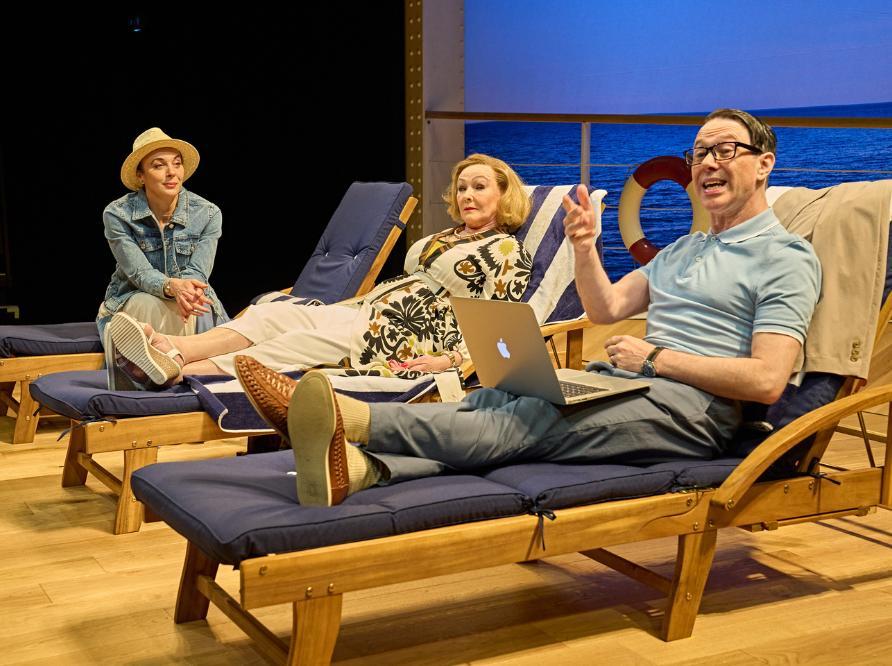 TV royalty bands together at The Criterion for the “gloriously naughty” dark comedy, The Unfriend. Doctor Who and Sherlock collaborators Steven Moffat and Mark Gatiss write and direct respectively, while Gatiss’ fellow League of Gentleman star Reece Shearsmith and Sherlock star Amanda Abbington take on the lead roles. Given five stars by WhatsOnStage and described by The Guardian as “cringe-tastic”, The Unfriend follows a middle-class couple as they’re confronted with an unwanted (and possibly deadly) guest. 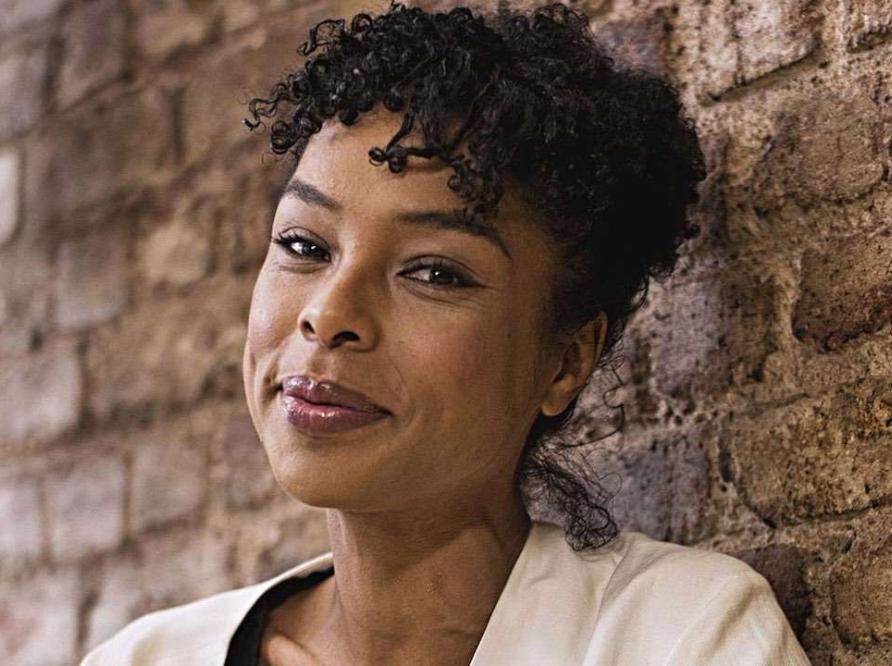 Prolific British actress Sophie Okonedo is known for her range and versatility, starring in everything from Academy Award-nominated dramas like Hotel Rwanda to off-beat comedies like Inside No. 9. Now she’s turning her prowess to Robinson Jeffers’ adaptation of Euripides’ Medea, the ancient Greek tragedy following one doomed woman’s obsessive need for revenge. Medea is directed by Olivier Award-winner Dominic Cooke (The Crucible, Ma Rainey’s Black Bottom, Follies). 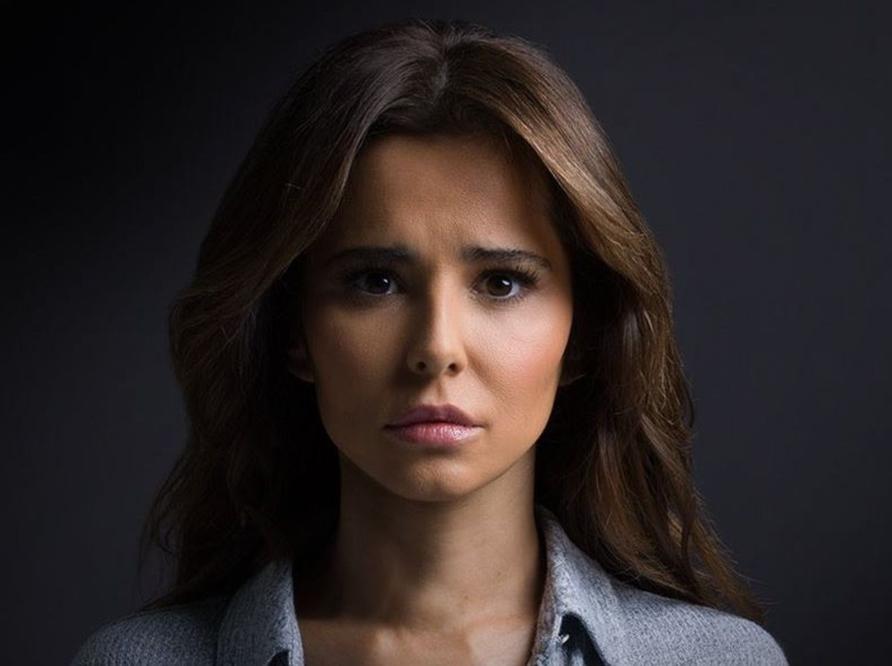 Danny Robin’s spooky thriller is making a name for itself when it comes to celebrity casting. Counting Lily Allen, Stephanie Beatriz, Jake Wood, James Buckley, Mandip Gill, Tom Felton, Matt Willis, and Laura Whitmore among its alumni, the play hasn’t changed tack for its 2023 run at The Criterion. This year, pop star Cheryl Cole and People Just Do Nothing’s Hugo Chegwin step into the shoes of Jenny and Ben, in this tale of a woman haunted by ghostly goings-on every night at 2:22.

Lily Allen in The Pillowman 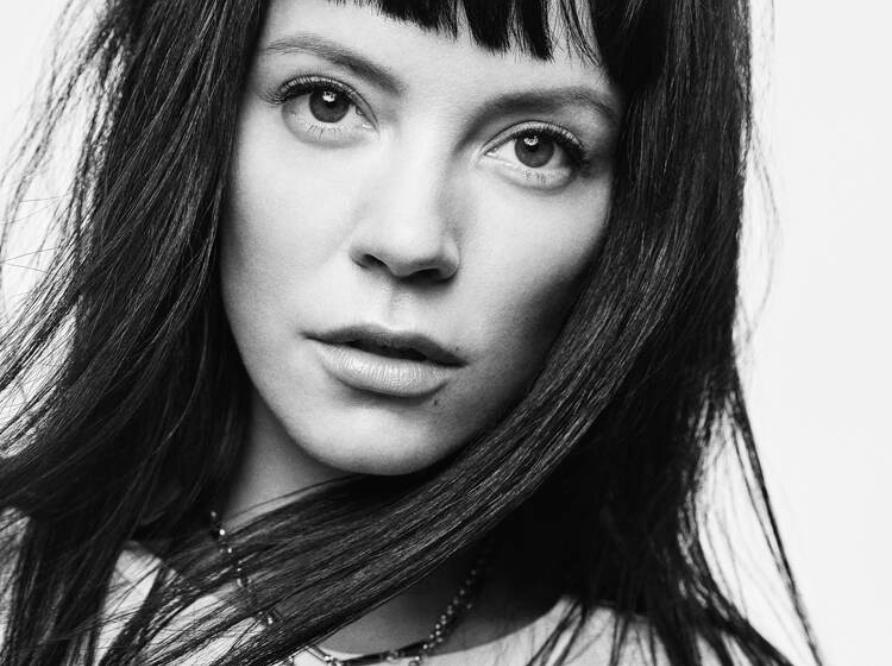 Talking of Lily Allen, the singer-turned-actress is returning to the stage in 2023 in The Pillowman at the Duke of York’s Theatre. First staged in 2003 at The Royal National Theatre, The Pillowman is written by multi-award-winning writer and director Martin McDonagh (The Cripple of Inishmaan, The Lieutenant of Inishmore, The Banshees of Inisherin, In Bruges, Three Billboards Outside Ebbing, Missouri). Allen will play the lead role of Katurian in this lauded black comedy about a writer and her stories’ unnerving similarities to a series of child murders.

Lenny Henry in August In England 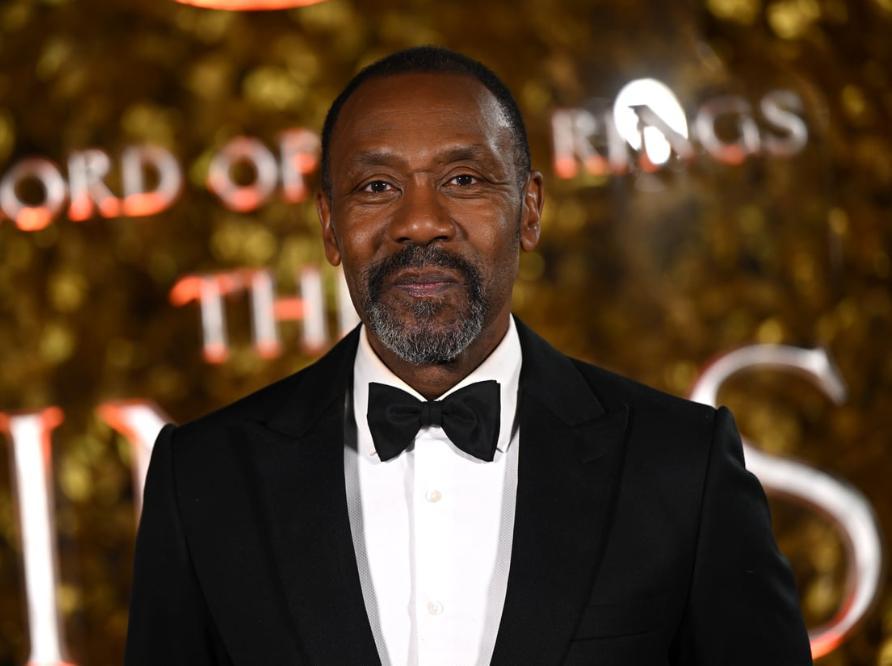 Acclaimed actor and comedian Lenny Henry (Doctor Who, The Sandman, The Rings of Power, The Witcher: Blood Origin) is showing off both his performance and his writing chops in the world premiere of August In England at the Bush Theatre. This funny and touching play tells the story of August Henderson, a charming fruit and veg shop owner from West Bromwich who is suddenly and devastatingly impacted by the Windrush scandal.

James Norton in A Little Life 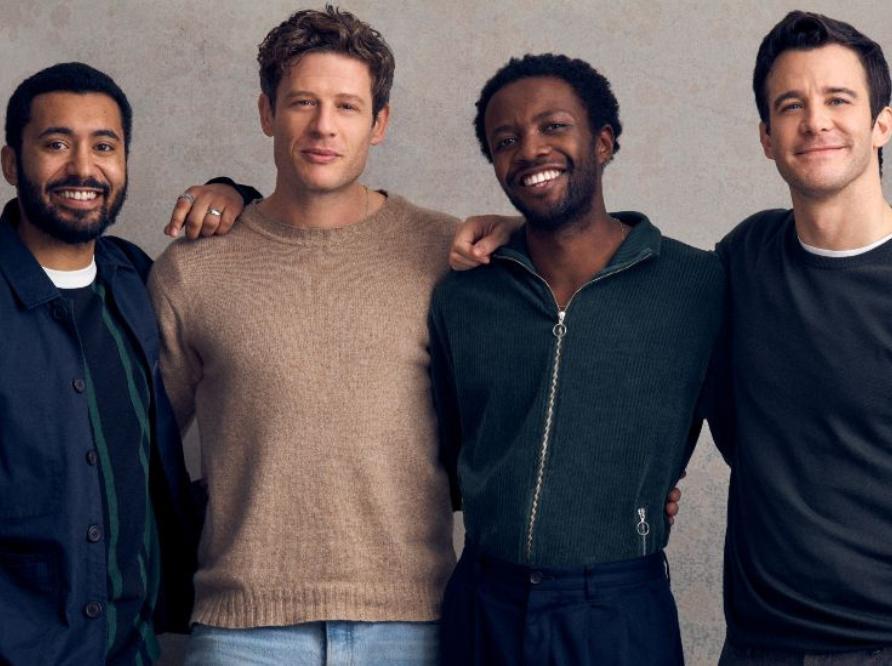 BAFTA-nominated Happy Valley and Grantchester star James Norton is taking to the boards at the Harold Pinter theatre for this adaptation of Hanya Yanagihara’s Booker-shortlisted novel A Little Life. The play follows the changing friendship of four young New Yorkers over time, and Norton isn’t the only star on stage. TV fans will recognise Bridgerton’s Luke Thompson, Zach Wyatt from The Witcher: Blood Origin, and Elliot Cowan from The Crown and The Spanish Princess. 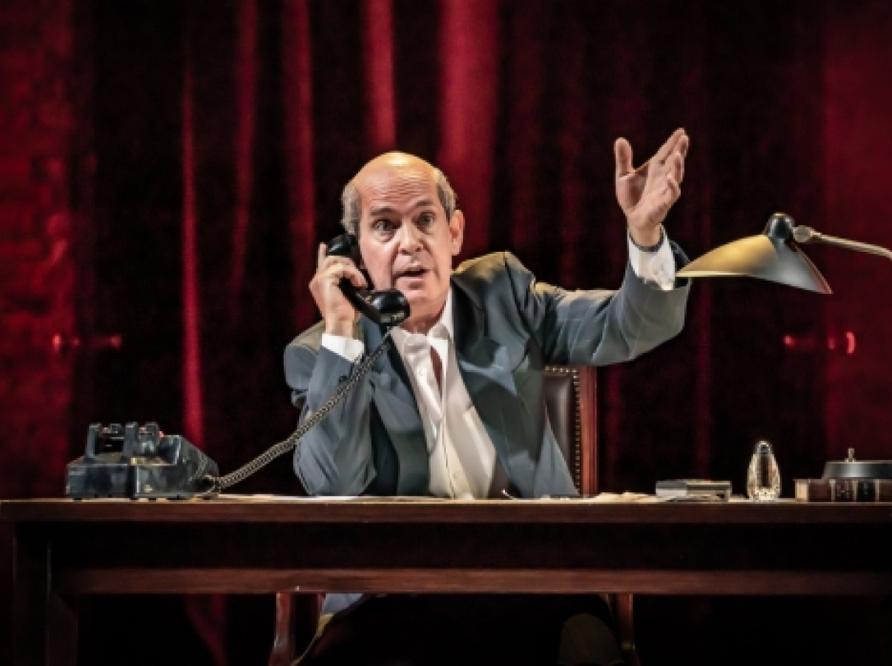 Known for his roles in Pride & Prejudice, Pirates of the Caribbean, In The Loop, The Night Manager, and The White Lotus (to name but a few), Bristol-born actor Tom Hollander has become a veritable Hollywood star. Now, the BAFTA Award-winning performer will turn his talents to Peter Morgan’s Patriots at the Noel Coward Theatre. Charting the fall of the Soviet Union in the early nineties, Patriots sees Hollander become Boris Berezovsky, a billionaire businessman navigating a significant fall from grace.