Your Stagedoor Loyalty Card rewards you when booking your tickets in-app. Save big while feeding your theatre passion!

We're proud to announce the launch of the first-of-its-kind Loyalty Card for theatre! The Stagedoor Loyalty Card is designed to reward frequent and passionate theatregoers by allowing them to collect virtual stamps that add up to rewards each time they book tickets on the Stagedoor app. 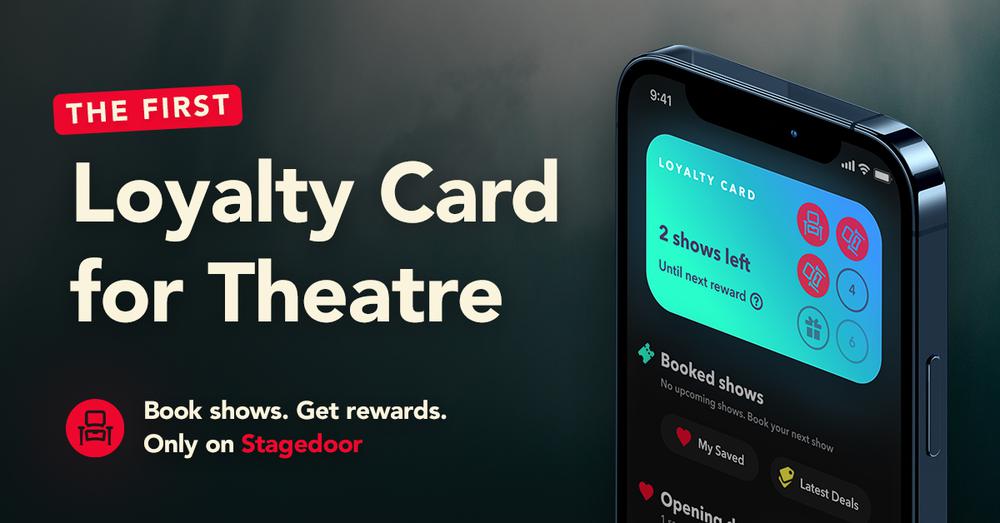 Theatregoers can earn unlimited rewards, from 10% discounts right up to savings as high as £70 off their bookings.

Existing theatre loyalty schemes encourage theatregoers to stick to one venue. But with Stagedoor, whether you’re booking tickets to legendary West End musicals or tiny fringe dramas, you can earn discounts that’ll feed your passion for theatre. Currently, more than 100 shows are part of the scheme, with more joining over the coming months.

Theatregoers can earn unlimited rewards, from 10% discounts right up to savings as high as £70 off their bookings. Do you attend the theatre a few times a month? With your Stagedoor Loyalty Card you could save more than £300 per year.

Stagedoor lead critic Lyn Gardner says: “Being disloyal has never been so fun as it is with the Stagedoor Loyalty Card, which allows you to visit a wide range of theatres and still earn rewards. I like any card which encourages a sense of adventure and repays visiting venues off the beaten track.”

Stagedoor founder Michael Hadjijoseph says: “Stagedoor has always been about bringing people closer to theatre, and this is another big step in that direction. Theatre- going is a habit, one that some people have lost during the pandemic. Stagedoor’s new Loyalty Card is our answer to the question of how to bring people back to the theatre.” 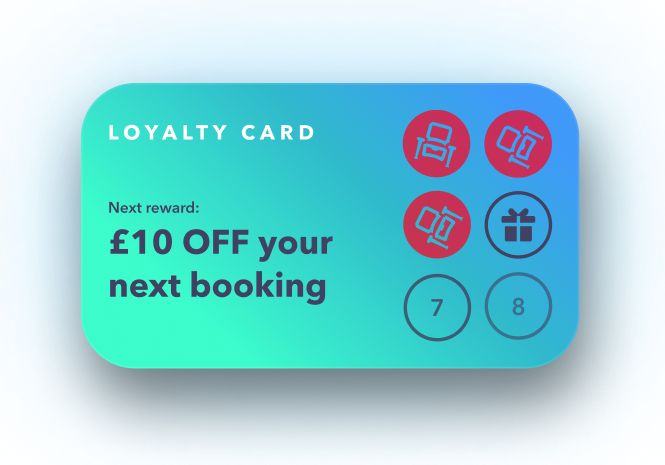 Stagedoor's Loyalty Card is free for all current and new users of the app. Once you qualify for a reward, the reward is auto-applied at checkout.

To kick things off, you get £10 off your first booking!

How do I unlock my card?

Make sure you have the latest version of the app. Tap the "Saved" tab in the app. At the top you will see a big button “Unlock your Loyalty card”. Tap it to unlock.

Which shows can I book for?

Any show available to book in the app. You can find them when filtering by ‘Book now’ (on iPhone) or 'Instant Book' (on Android) inside the "Search" tab. Bookings completed in the Stagedoor app (not the website) count towards your Stagedoor Loyalty Card.

When can I redeem a reward?

Tap the "Saved" tab in the app to see your Stagedoor Loyalty Card. On the front of the card, you can see how many stamps you are away from unlocking a new reward. For example: “2 shows left until next reward.” Note: once you qualify for a reward, it’s auto-applied at checkout (if the basket is valid). No action is required from you to redeem or activate it.

How much does it cost?

Stagedoor Loyalty Card is free. If you’d like to SAVE 10% on ALL your tickets booked on the Stagedoor app, you can become a Patron and unlock your Platinum Card from as little as £3.99 a month.

Depending on the reward, we may limit the number of tickets and / or the minimum basket amount to better serve all our customers enrolled in the Stagedoor Loyalty program. We reserve the right to modify a reward and / or the number of stamps required to unlock a reward at any time.