7 theatre stars who could win Eurovision for Britain

Huge sympathies go out to anyone else still retrospectively cringing at the UK's 'nul points' at Eurovision at the weekend.

Oh, the agony – worse than bellyflopping at the Year 9 swimming gala. But maybe this is a wake up call. We need to stop programming our Eurovision entry like it's the wedding disco of a minor member of the royal family, and start pulling out all the stops for the world's biggest, queerest, and weirdest live events – one with an audience nearly twice that of America's SuperBowl.

To win Eurovision, we need dazzling visual spectacle! Originality! Catchy tunes! Weirdness that can cut through cultural barriers! And guess what, the UK's theatre scene is pretty good at bringing all of that. Andrew Lloyd Webber had his shot at Eurovision in 2009 and it tanked. But these guys might just nail it... 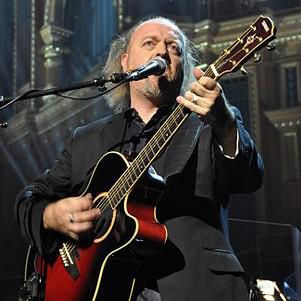 This guitar-wielding-alt-comedian-turned-Strictly-winner would be a leftfield choice – but he reckons he's got what it takes, and who are we to disagree? He nominated himself as Britain's next Eurovision entry on Twitter during our Saturday Night of Shame. Not only is he hilarious, but he can also parody everyone from Adele to Kraftwerk: blend those influences, smear some glitter into those straggly locks, and we might just have a winner! 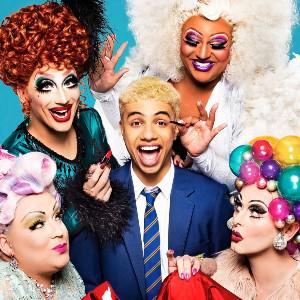 The dreamteam behind Everybody's Talking About Jamie met at a Pride parade, which would instantly solve one of the biggest problems with UK's Eurovision efforts so far: an unfortunate surfeit of heterosexuality. And judging by the evidence of Jamie, they also know how to write songs that steal the spotlight: especially when teamed with drag and bags of infectious enthusiasm. 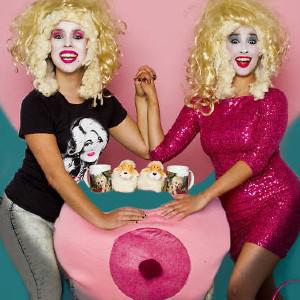 This live art duo have dressed as giant beanbag boobs, Dolly Parton and cloned sheep - and that was just in the course of one low-budget fringe show. Imagine what they'd do with a Eurovision budget behind them! Plus, it would be very funny to watch Eurovision's squeaky-clean hosts introducing them without saying the word "shit". 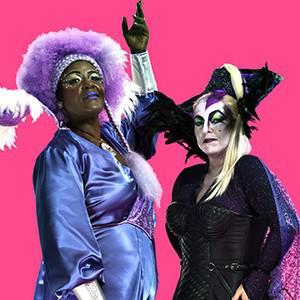 This theatre power couple have it all: Sharon D Clarke is an Olivier Award-winning musical theatre star, and her wife Susie McKenna is famous for staging Hackney Empire's best-in-the-biz pantos. And Eurovision already has a natural affinity with panto, with both loving massive skirts, big reveals and poodle-sized wigs. Britain, your Eurovision woes are...Behind You! 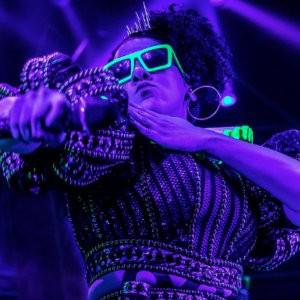 As we know from the success of Azerbaijan's entry Mata Hari, which told the story of a Dutch spy and courtesan, Eurovision loves a bit of herstory, especially if it's served up in pleather, sequins and thigh high boots. SIX the Musical proves that writers Marlow and Moss know how mix their pop and gender politics: perhaps for Eurovision, they could tell the story of warrior queen Boudicca, and take a chariot ride to glory? 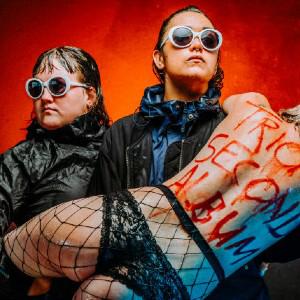 💥In Bed With My Brother

Theatre doesn't get more punk than this group, whose 2019 Edinburgh fringe show was a genuinely dangerous-feeling combo of boilersuits, electrics, fire, water, and late-stage pregnancy. What would they do with a huge stage? Who knows, but it might take Eurovision's famously efficient stage management crew more than two minutes to clear up...

Who gets your vote as our next Eurovision entry? Let us know on Twitter, Facebook or Instagram and we'll start the campaign throwing glitter-coated bricks through the windows of the powers that be. Yes, it's a bit risky – but you know what, we tried middle-of-the-road and it got us nul points. It's time to let theatre set Eurovision alight.