After several suspicious incidents which result in the dire loss life, Poluknalai is convinced by Baba the Baboon to take a break. As soon as Poluknalai is out of the picture, Baba wreaks havoc and steals the keys from Ool causing global environmental chaos.

The goddess resolves to rescue Ool save the universe – and to teach 'Baba the Bad Baboon' a lesson he’ll never forget, but will she make it in time?

A musical for younger audiences aged five and above.

Written and directed by Sani Muliaumaseali'i 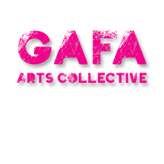