Lyn Gardner
18 July 2022  ·  Follow on Stagedoor
“After there was Urinetown there was Yeast Nation, and some people reckon the score is superior to Greg Kotis and Mark Hollman’s Tony and Obie award-winning musical. It is similarly off-beat featuring as its protagonists a bunch of yeast (yep I did write yeast, it’s not a typo) who we meet three and a half billion years ago on the long slow road to evolution. It turns out that yeast have their feuds, their power plays and their triumphs just as much as any human, and some are loveable and some are villains. It will be interesting to see if this show does the trick for UK audiences and whether it rises like a pillowy loaf or turns out to be a bit of a Marmite show, loved and loathed in equal measure.”

With food growing scarce and resources dwindling, The Yeasts are forced to stay true to The Strictures enshrined in law. But when one Yeast decides to break the rules and seek new possibilities, a new emotion changes all they have ever known….love.

Urinetown creators Greg Kotis and Mark Hollmann and cult director Benji Sperring (The Toxic Avenger: The Musical, Shock Treatment, Night of the Living Dead: Live) take you on a journey to the bottom of the sea to answer that burning question that musical theatre lovers and sceptics alike have been asking since the dawn of time: what would a musicalised story about the first single-celled organisms sound like?

Join Jan the Elder, Jan the Wise, Jan the Second, Jan the Sweet, Jan the Sly, Jan the – you get the idea, there are literally billions of them – this July at Southwark playhouse. Brilliant, bonkers, and brimming with brio, Yeast Nation is here to show you no matter your size, anyone can change the world

Featuring numbers including “Stasis is the Membrane”, “Burning Soul”, and “You’re Not The Yeast You Used To Be”, the question on everyone’s lips is: Dear God why are you doing a show about Yeast? But the second, more important question is: Will the Yeast rise, or will it be a Yeasticide?

Age Recommendation: 11+
Please note that there is audience interaction in Yeast Nation, particularly in rows A and B

The production feels out of place in this house

Phenomenal energy, talent and commitment displayed by the entire cast

There is no lack of commitment from the performers

Fails to rise to the occasion 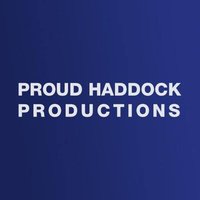