All the world’s a stage.

Have you ever been trapped in a bad relationship with your parents? Friends? Lovers? Or even with yourself?

The Prince is a sharply written new play penned by Abigail Thorn, creator of Philosophy Tube, that follows Jen and Sam who are trapped within the world of Shakespeare’s Henry IV Part One.

They are not like the others; they are not mere characters fated to repeat the words and actions written for them. They belong in the real world. And they are going to find their way out.

Now Jen and Sam must decide; do they risk losing their way home to help someone who might be like them – who does not yet know who they truly are?

The Prince weaves through Henry IV Part One and other of the Bard’s works providing fun for the audience whether they be Shakespeare scholars or verse virgins. Swordfighting, lesbianism, denial, disappointed parents, and a magical doorway, The Prince has all this and more. 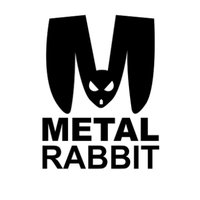