This tense court-room drama, set during the final months of the Great War, follows the young shell-shocked Hamp’s trial for desertion and his fight for his right to live. His defending officer, lawyer, Lieutenant Hargreaves, must face a seemingly insurmountable challenge – to save a young soldier from the firing squad.

Will Private Arthur Hamp be found innocent and released with his life or will he become yet another casualty of the unforgiving and relentless war machine?

This production proudly commemorates 1918 in support of the Royal British Legion and as a member of the IWM First World War Centenary Partnership.

For King and Country is a striking, avant-garde piece of theatre that re-imagines a forgotten and timeless classic

Not only is the play being performed in the year 2018 because it marks the centenary of WWI, it is also most topical as, 100 years on, there is still a stigma and lack of understanding attached to mental health

The production doesn't quite engage fully during the first half. But as the climax builds, and his soldier colleagues prepare poor Private Hemp for his final hours, a palpable tension fills the theatre

The cast can sustain tension and passion; it is genuinely moving to watch this less-discussed side of WWI history

In 1964, the play's heart was in the right place and it still is today 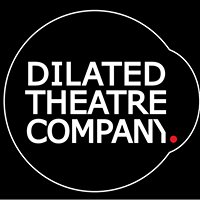