Betty is rich; Betty is lonely; Betty’s busy working on her truck; Betty wants to talk about love, but Betty needs to hit something. Meanwhile, Betty decides to stage a production of that play-within-a-play from…what’s it called again? Summer’s Midnight Dream? In Collective Rage, the lives of five very different New York women named Betty collide at the intersection of anger, sex and “theat-ah.” As they meet, fall in love, rehearse, revel and rage, they realise that they’ve been stuck reading the same scripts for far too long.

Hitting the ring with an electrifying soundtrack, looks to kill and spectacular routines, this outrageous comedy packs the punch to shatter lacquered femininity into a thousand glittering pieces. Strongly influenced by cabaret and female drag, this exquisite rejection of shame and stereotype will punch you in the gut, break your heart and then take you dancing.

A brilliantly funny, fiercely political, and deeply moving examination of our education system.

Works beautifully by raising fundamental issues about the national curriculum. 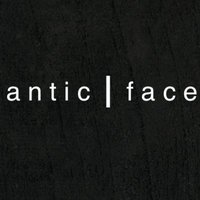