Mixing Kathak, hip-hop and contemporary dance with physical storytelling, the three performers conjure a magical atmosphere that celebrates our individuality, diversity and the bonds which connect us all.

The piece is inspired by the well-known Anglo-Asian phrase ‘same same, but different’, meaning two things are similar, but not exactly the same.

Same Same... But Different has been created in collaboration with a number of primary schools in Birmingham and London. The children’s creative ideas and lived experiences of being different and belonging have been brought into the show.

With dramaturg Sue Buckmaster, artistic director of Theatre Rites, they have created a feelgood celebratory dance theatre show for everyone to enjoy. 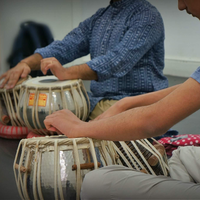